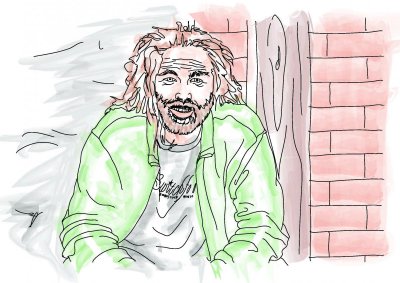 Joel McKerrow is a writer, speaker, educator, community arts worker and one of Australia’s most successful internationally touring performance poets. Based out of Melbourne, Australia he is the Artist Ambassador for the aid and development organisation ‘TEAR Australia’ and was the co-founder of community arts organisation, ‘The Centre for Poetics and Justice’ (2010-2013). Joel was the third ever Australian representative at the Individual World Poetry Slam Championships in the USA (2012) and has performed in venues like The Nuyorican Poets Cafe and Bowery Poetry Club (NYC), The Sydney Opera House, The Forum (Melbourne), The Metropolis (Montreal), Victoria Parliament House and many more. He is a TEDx speaker and performer and is also the frontman poet from the band, ‘Joel McKerrow & the Mysterious few’. Joel also spends much of his time running poetry workshops within schools and other organisations around poetry, creativity, identity, social justice and spirituality.

Joel has been touring extensively throughout Australia and the world (USA, UK, EUROPE, NEW ZEALAND) over the last few years on the Global Poetics tour (2011), the Please Resist Me tour (2012), the Soles of Australia tour (2012), the One Foot in the Clay global tour (2012-13) and the These Wandering Feet tour (2013). Throughout this time he has performed alongside such poetry greats as Anis Mojgani, Shane Koyczan, Sarah Kay, Phil Kaye, Ken Arkind, Buddy Wakefield, Mahogany Brown, Jive Poetic, Carrie Rudzinski and Luka Lesson.

With a passionate performance style he has been commended by Canadian performance poet Shane Koyczan as, ‘an exceptional spoken word artist…fiercely political and humane’. And by the Australian National Poetry Slam Champion, Luka Lesson, as, ‘a true leader in Australia’s performance poetry scene…A man who can tear a roof down with his performances and bring tears with his subtle eloquence’. Brian McLaren (Author and activist) has also said, ‘In a time when politics, theology, and other important avenues of human intercourse suffer from a flatness of prose and a vacuum of meaning, Joel walks on stage just when we need him, sounding off with all the craft of a first-rate poet and all the verve of a first-rate performer.’

Joel, in 2012, released his first published book Beyond Rhetoric – Writings in the Tradition of Kahlil Gibran (published by UNOH publishing with foreword by Fr. Richard Rohr) and his debut spoken word album One Foot in the Clay. In 2013 he released his second spoken word album and first straight book of poetry both named These Wandering Feet: Reflection from a travelling pilgrim (released through The Poatina Tree label).