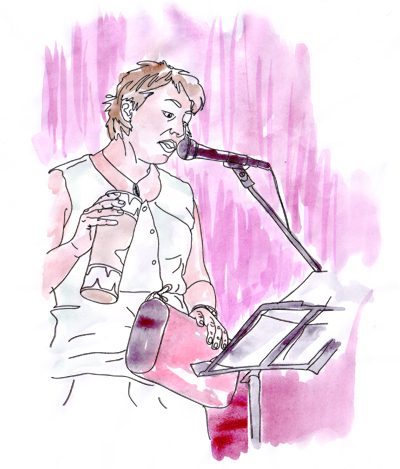 Anna Fern likes bicycling along the Yarra, lolling on the Oak Lawn, mushrooming in the Dandenongs, eating Vietnamese soup at Footscray Market, and performing at Melbourne venues such as Eltham Courthouse, La Mama Poetica, the Dan O’Connell Hotel and The Make It Up Club.

In 2008 she won the ‘What the Hell Was That?’ Award at the Overload Poetry Festival.  Her work has appeared in Unusual Work, on Melbourne trains as part of Moving Galleries, and on recordings such as the Voiceprints anthology of sound poetry.